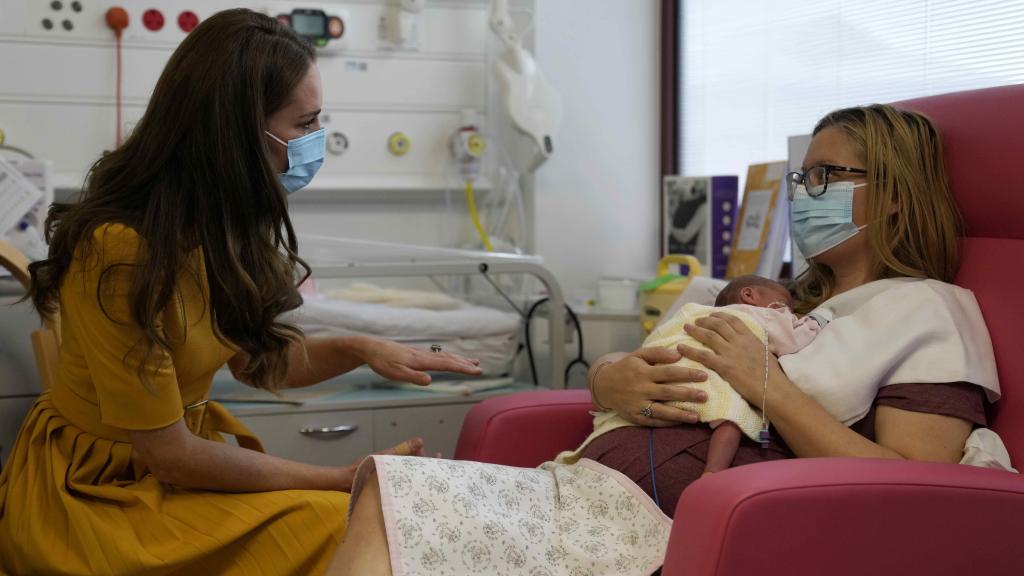 The Princess of Wales today visited the Royal Surrey County Hospital’s maternity unit to hear about the holistic support it provides to pregnant women and new mothers to ensure they receive the best possible care throughout and beyond their pregnancies.

The Royal Surrey County Hospital’s maternity unit delivers and cares for around 3,000 babies per year. An exemplar of maternity care, the unit received a UNICEF Baby Friendly Initiative Gold Award in May 2022 in recognition of its outstanding work in the support of infant-feeding and parent- infant relationships. The work of the unit is built around the understanding that the provision of high- quality maternity and early years care can fundamentally improve long-term health outcomes for the population, a concept which also forms the bedrock of The Princess of Wales’s work through the Centre for Early Childhood.

During the visit, The Princess met staff from the unit’s Jasmine Team which helps women affected by mental health illnesses during pregnancy and the initial postnatal period. Around 1 in 5 women in the UK are reported to experience a mental health issue whilst pregnant or in the first years after giving birth. Her Royal Highness also heard how the team collaborates with local services and charities to provide tailored care which extends past a woman’s time at the hospital, before meeting a mother who has previously received their support. The Princess is passionate about supporting the mental wellbeing of mothers, and recently became Patron of the Maternal Mental Health Alliance.

At the unit’s Postnatal Bay, Her Royal Highness learnt how staff have implemented a pioneering model of care at the hospital by working to ensure that as many mothers as possible receive continuity of care during pregnancy and childbirth. Being supported by the same team of midwives throughout their journey allows mothers to build positive and trusting relationships with their caregivers, which is particularly important for women from vulnerable backgrounds or with mental health needs.

The Princess also spent time in the hospital’s Special Care Baby Unit (SCBU) which provides specialist neonatal care for tiny and premature babies, working closely with families to help the infants in its care to grow and thrive. There she met a family who have previously been supported by the unit and heard how the facilities in place at the hospital allowed them to begin to bond with their baby.

The SCBU is one of only a few units nationally which has the ability for mothers to remain close to their babies at all times through the provision of round-the-clock cot side sleeping facilities. Staff also encourage parents to take part in the care of their child as much as possible, including bathing, feeding and nappy changing. Evidence demonstrates that the ability for families to develop close and loving relationships at this early stage in their journey is essential for maternal well-being and the long-term physical, cognitive, social and emotional development of their baby.