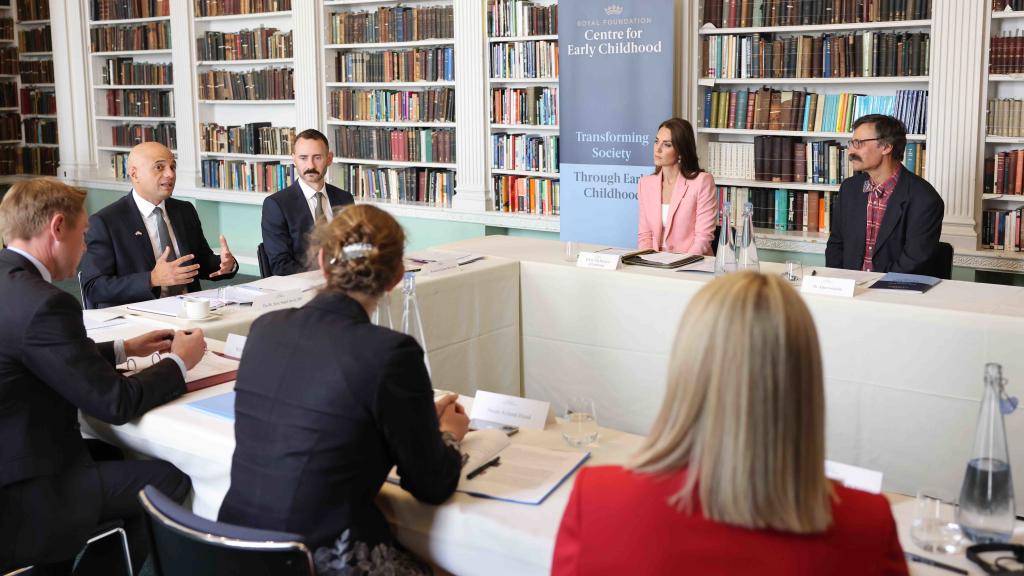 Conducted by Ipsos UK on behalf of The Royal Foundation Centre for Early Childhood, the research comes two years after The Duchess’s landmark survey – ‘5 Big Questions on the Under-Fives’ – which attracted the largest ever response to a public survey of its kind with over 500,000 responses in one month, sparking a national conversation on the early years.

The research published today delves even deeper into public perceptions of early childhood, focusing on three key areas: the prioritisation of the early years, the link between the first five years of life and lifelong outcomes for mental health and wellbeing and the support parents seek when raising young children.

Speaking about the research, The Duchess of Cambridge said:

“Our experiences in early childhood fundamentally impact our whole life and set the foundation for how we go on to thrive as individuals, with one another, as a community and as a society.

The findings published today present us with a huge opportunity and demonstrate there is real appetite from the public to bring this issue up all of our agendas. There is more we can all do – every member of society can play a key role, whether that is directly with a child or by investing in the adults around them – the parents, the carers, the early years workforce and more.

If we come together to raise the importance of early childhood development, we’ll soon see that healthy, happy individuals make for a healthier, happier world. Which is why every second we spend with a child, is an investment in our collective future."

“Although the majority of us agree that the experiences people have in childhood can have a significant impact on their future, a minority of Briton’s recognise the unique importance of the first five years of a child’s life.

These formative years are crucial in the emotional, social and physical development of every child and this critical new research, for The Royal Foundation Centre for Early Childhood, provides the opportunity for society to ignite a discussion about how parents and children can be better supported during this period.”

Building on these findings, The Duchess and The Centre for Early Childhood hosted a roundtable at the Royal Institution attended by representatives from the early years sector; the Secretary of State for Health, Sajid Javid; the Minister for Families, Will Quince; and officials from the Department of Health and Social Care and the Department for Education.  Together, they discussed the findings of the research published today, and the huge opportunity that there is to shape the future of our society by focusing on the importance of early childhood to lifelong outcomes.

The full survey findings can be found here.